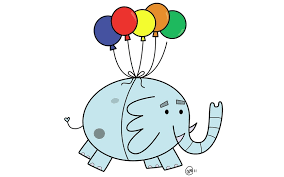 LIES;  BIG LIES; & DAMN BIG LIES
Good morning Greg,
Hope this short note doesn’t keep you too long from the bag of tricks that lets you to conjure up storage lots out of vacant land, make forests look like piles of trash, cause elephants to disappear and bend the laws of Port Orange at will; but, your latest effort at distorting reality deserves a reply.
The City has really outdone itself with this last in the series of BIG LIES!  Somehow you now expect us to believe that a commercial storage operation has existed for years on an acre-plus parcel in our backyards and we missed it?  You obviously think we are not only stupid but blind as well.
That property has always had a single-family residence on it with a homestead exemption for tax purposes.  The owners of Port Orange Seafood (who also owned the house) used to park their boat beside or behind their house but so do most commercial fisherman I’ve met.  Do you plan on telling all of them that they are operating commercial storage lots?
I suppose your current BIG LIE should come as no surprise to us since it is only the latest in a series of BIG LIES you have told the residents of our neighborhood.
The first BIG LIE you told was that there was no forest on that acre-plus parcel before Jack Wiles brought in his land-clearing equipment–only trash, debris and vines.  Many of us have lived here for decades and somehow you expect us to believe that we confused a forest with piles of trash for all that time?  Sorry Greg, we are neither stupid nor blind and your blatant lies do nothing but demean all the citizens of Port Orange.  Please don’t look at us and say “what forest?” any longer.
The next BIG LIE you told us was that the Atlantic Marine project was already a permitted use and that Jack Wiles just wanted a zoning change so he could add some retail space.  What that “retail space” really consists of is a boat sales operation that is absolutely not permitted under the Land Development Code.  That Code calls boat sales one of “those retail uses that are undesirable in close proximity to residential areas,” yet you want us to welcome it into our neighborhood.  Guess the Code doesn’t mean our little neighborhood when it says undesirable?

You are trying to move an elephant into our living rooms and all we hear from you is “what elephant?”Of course with all the BIG LIES come all the little lies necessary to prop them up.  You have to claim to have “investigated” complaints.  You have to claim that you are responsive to citizen concerns.  You have to issue bogus permits after the fact.  You have to claim to answer our questions when all you really say is “what elephant?”Something is drastically wrong at City Hall.  There is collusion and confusion where there should be impartiality and adherence to law.  The citizens of Port Orange have a right to something much better than this.
Mike and Dianne Gardner
618 Ruth St
Port Orange, FL  32127

One thought on “Greg, Can Elephant's Really Fly ?”