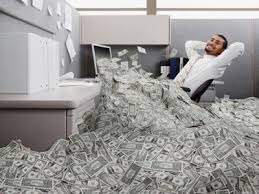 From: Ted Noftall [mailto:Ted@TedNoftall.com]
Sent: Tuesday, January 14, 2014 2:41 PM
To: Kisela, Greg
Cc: Bob Ford; Kennedy, Dennis; don@amlsfl.com; Drew Bastian; Green, Allen; Corey Berman; Ivan Cosimi; Jack Wiles; Joe Fazzie; Laney, Sonya; Mark Schaefer
Subject: Preparing Monthly Bank Reconciliations is Non-Negotiable
Manager Kisela,
During last evening’s A&B Advisory Board meeting you never once disclosed to the board that for a large portion of 2013 the City bank accounts were not reconciled on a timely basis despite intensive questioning   from several board members on the very topic of cash and bank.
Indeed failure to disclose pertinent information or respond fully to board member questions has been your signature treatment of this board.   Your lack of cooperation is no longer tolerable,  And at Council’s meeting on Tuesday  evening  I will so advise Council and request their direction.
I will also discuss at length Wayne Saunders disclosure to me after the A&B meeting had  ended, to the effect  that after ’Julia’s ‘  departure from Finance in April 2013,  the City’s bank account reconciliations  were not completed or checked and approved   until I believe he said sometime in September or October because your replacement  employee  ‘ Rose ‘  was unable to perform those reconciliations successfully for lack of expertise.
While I am not sure when you or  Saunders  became aware that monthly bank  reconciliations were not being performed,  Stella Gurnee had to have known from  the outset because according to Saunders  she  is responsible for checking and approving those reconciliation.   Such  Non-feasance of the part of you, Saunders and  Gurnee is puzzling considering you are all salaried employees and are supposedly working whatever hours that are required to  ‘get the job done’.   Aren’t monthly bank reconciliations part of the job.    Such behavior is totally unacceptable and it left  taxpayers vulnerable for cash misappropriations.  Those  of us who have been here longer than 5 minutes remember well the $ ½ million plus  that was stolen from City coffers  by Lori Weiss and Deseri Keathan  because of lax  controls.
In that regard I am requesting a statement from you stating  the date on which each months bank statement reconciliation was prepared and approved  for FY  2013.
I would also request a copy of the  bank reconciliations for the  first three months of FY 2014  along with a screen shot of the GL accounts to which they are being reconciled to ensure they are now being prepared on a timely basis.
That Council and the A&B Advisory Board were jollied along  all last summer with repeated assurances of improved internal controls  when the City bank accounts were not even being reconciled  is hard to comprehend without the word  deceitful coming to mind.
The lack of both internal control and information reporting to Council evident from this bank reconciliation disclosure is  alarming  and I trust this request will  receive  your complete and timely  cooperation .
Ted Noftall
Chair
Audit and Budget Advisory Board

Wayne: See me on this request.
Greg Kisela
City Manager