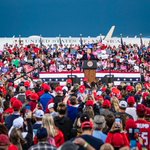 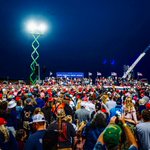 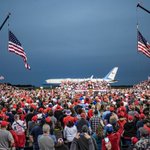 Our fine City, like so many public and private organizations, is comprised of many levels of workers, supervisors and managers.  If an employee is competent and hard-working at one level he or she can reasonably expect to be promoted to the next level and the level after that and so on.  (Ain’t America grand!)  The big problem with this system, as Dr Laurence Peter pointed out back in 1969, is that people get promoted until they reach a job at which they are no longer competent–and there they stay.  The end result is a collection of employees, especially at the higher levels, who have reached their level of incompetence.

It should be emphasized that when someone is performing at their level of incompetence it is not a reflection of their character but rather of their ability.  They may very well be pleasant, industrious and well-intentioned individuals who for one reason or several are incompetent at their current job level.  The recent events in the Public Utilities and Finance Departments clearly indicate incompetence at multiple, perhaps systemic, levels and we need to find out how long it has been occurring and how wide-spread it has become.  Only after the extent of the problem is determined can some attempt at fixing it be tried, by modifying internal controls, retraining of employees, etc.

What is even more distressing than our City employee’s lack of ability to perform certain basic tasks is their lack of character in responding to the failures.  Members of the voting public are now asking who knew what and when was it known?  Why were the problems kept quiet for six weeks or more and a “business as usual” attitude adopted by management?  These are questions about character rather than ability; and, while simple incompetence, according to Dr Peter, is rarely a cause for dismissal, incompetence coupled with deceit certainly should be.  The public ultimately relies on the City Council to set the “tone at the top” and to determine the abilities and character required of City employees.

If the last City Council meeting is any indication of the current tone at the top, we now have a fish rotting from the head down.  It seems that all members of Council knew before that meeting that the City Manager had already hired an external investigator–one whose sole qualification for the job rests on his membership in the same insider organization that got the City Manager his job in the first place–and decided to conceal this fact from the public.  Numerous occasions arose during that three-hour long meeting to discuss the subject and not a peep was heard from anyone other than a passing reference by the Manager to having “commissioned that review.”

I can think of no valid reason for the deception.  It’s obvious that we’ve got a mess, that we can’t fix the mess we’ve got with the mess we’ve got, so we’re now looking to the man who got us the mess we’ve got in the first place to fix it?! Stop, please!  The voting public is not stupid and we expect better than this from our elected officials.  The more you as Council openly air these problems and struggles, the less anyone can use your silence against you.  It’s time to display some character under adversity, attack the problems openly and honestly, and quit relying on business as usual and the passage of time to gloss them over.