2 hours ago .Donald J. Trump @realDonaldTrumpRT @realDonaldTrump: .@MayorBowser is grossly incompetent, and in no way qualified to be running an important city like Washington, D.C. If…

2 hours ago .Donald J. Trump @realDonaldTrumpRT @realDonaldTrump: I am a big fan of Drew Brees. I think he’s truly one of the greatest quarterbacks, but he should not have taken back h…

2 hours ago .Donald J. Trump @realDonaldTrumpRT @realDonaldTrump: ...We should be standing up straight and tall, ideally with a salute, or a hand on heart. There are other things you c…

3 hours ago .Donald J. Trump @realDonaldTrumpRT @marcorubio: “In short, give some credit to the government relief efforts, especially the Paycheck Protection Program, for bringing back…

4 hours ago .Donald J. Trump @realDonaldTrumpRT @WhiteHouse: On June 6, 1944, our Greatest Generation bravely stormed the beaches of Normandy. "Those who fought here won a future for…

4 hours ago .Donald J. Trump @realDonaldTrumpRT @GOPChairwoman: May saw the BIGGEST JOBS INCREASE EVER. This jobs report serves as an emphatic reminder about the strength of @realDon… 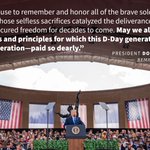 8 hours ago .Donald J. Trump @realDonaldTrumpRiot gear or military control is not necessary because ANTIFA & other Wacko groups of Anarchists aren’t present to… https://t.co/N5vXqoNhOj

16 hours ago .Donald J. Trump @realDonaldTrumpGreat new book by @PastorDScott called “Nothing to Lose”. The Pastor is a winner and a great guy. Much can be learn… https://t.co/HpvOlv2PrH

16 hours ago .Donald J. Trump @realDonaldTrumpRT @KayaJones: Here’s my grandparents & great grandparents. They are rolling in their graves at the hatred that still exists. I’m biracial…

17 hours ago .Port Orange News @poimagesRT @TranslateRealDT: An administration that can't mobilize to protect us during a global pandemic but can mobilize to suppress us when we p…

17 hours ago .Donald J. Trump @realDonaldTrump“This is a flat out lie. They (the media) are making things up” @CharlesHurt @IngrahamAngle The Lamestream Media i… https://t.co/Yn5ZAKaEjR

18 hours ago .Donald J. Trump @realDonaldTrumpRT @realDonaldTrump: So great to have Michael home. Just arrived. Very exciting. Thank you to Iran. Don’t wait until after U.S. Election to…

18 hours ago .Donald J. Trump @realDonaldTrumpRT @charliekirk11: Fact: Robert Mueller’s office deleted 19,000 text messages between Lisa Page and her lover Peter Strzok How is that no…

The quake happened at 4 p.m., and was centered about 105 miles off the coast of Daytona Beach, the USGS said.

Florida is not considered to be a state that is subject to earthquakes and only several minor shocks have occurred in the state. Only one earthquake has caused damage in Florida, according to the USGS.

While quakes off the Central Florida coast are rare, USGS data shows a similarly weak earthquake registered in the same area last month.

Although Florida is not usually considered to be a state subject to earthquakes, several minor shocks have occurred there. Only one of these caused damage. Additional shocks of doubtful seismic origin also are listed in earthquake documents.

A shock occurred near St. Augustine, in the northeast part of the State, in January 1879. The Nation’s oldest permanent settlement, founded by Spain in 1565, reported that heavy shaking knocked plaster from walls and articles from shelves. Similar effects were noted at Daytona Beach, 50 miles south. At Tampa, the southernmost point of the felt area, the trembling was preceded by a rumbling sound at 11:30 p.m. Two shocks were reported in other areas, at 11:45 p.m. and 11:55 p.m. The tremor was felt through north and central Florida, and at Savannah, Georgia.

In January 1880, Cuba was the center of two strong earthquakes that sent severe shock waves through the town of Key West, Florida. The tremors occurred at 11 p.m. on January 22 and at 4 a.m. on the 23rd. At Buelta Abajo and San Christobal, Cuba, many buildings were thrown down and some people were killed.

The next tremor to be felt by Floridians also centered outside the State. It was the famous Charleston, South Carolina, shock in August 1886. The shock was felt throughout northern Florida, ringing church bells at St. Augustine and severely jolting other towns along that section of Florida’s east coast. Jacksonville residents felt many of the strong aftershocks that occurred in September, October, and November 1886.

On June 20, 1893, Jacksonville experienced another slight shock, apparently local, that lasted about 10 seconds. Another minor earthquake shook Jacksonville at 11:15 a.m., October 31, 1900. It caused no damage.

A sudden jar caused doors and windows to rattle at Captiva in November 1948. The apparent earthquake was accompanied by sounds like distant heavy explosions. Captiva is located on Captiva Island, in the Gulf west of Fort Myers.

On November 18, 1952, a slight tremor was felt by many at Quincy, a small town about 20 miles northwest of Tallahassee. Windows and doors rattled, but no serious effects were noted. One source notes, “The shock interfered with writing of a parking ticket.” It didn’t say in what way.

One Opinion on “Off-Shore Earthquake !!!”