4 hours ago .City of Port Orange @cityportorangePlease find a message from our Mayor, Donald Burnette on our social media page: https://t.co/c5jdK4tPwg 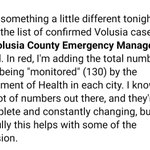 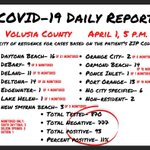 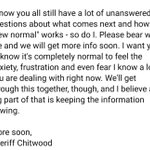 6 hours ago .President Trump @POTUSRT @WhiteHouse: To every New Yorker: We are by your side! 🗽 https://t.co/9asGuxPrn3

6 hours ago .President Trump @POTUSRT @WhiteHouse: We are leveraging the incredible power of American manufacturers and suppliers to make, procure, and deliver crucial medica…

6 hours ago .Donald J. Trump @realDonaldTrumpRT @WhiteHouse: We are leveraging the incredible power of American manufacturers and suppliers to make, procure, and deliver crucial medica…

6 hours ago .Donald J. Trump @realDonaldTrumpRT @WhiteHouse: We are fighting the Coronavirus on every possible front—and we will achieve total victory with the help of the American peo…

7 hours ago .President Trump @POTUSRT @WhiteHouse: Cartels, criminals, and other malign actors may try to exploit this time of crisis to threaten Americans. President @real…

7 hours ago .President Trump @POTUSRT @WhiteHouse: We are fighting the Coronavirus on every possible front—and we will achieve total victory with the help of the American peo… 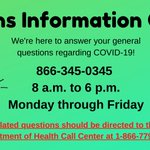 13 hours ago .President Trump @POTUSRT @realDonaldTrump: Upon information and belief, Iran or its proxies are planning a sneak attack on U.S. troops and/or assets in Iraq. If…

13 hours ago .Donald J. Trump @realDonaldTrumpUpon information and belief, Iran or its proxies are planning a sneak attack on U.S. troops and/or assets in Iraq.… https://t.co/u2DSdFKdjm

13 hours ago .President Trump @POTUSRT @realDonaldTrump: Congress must pass the old, and very strongly proven, deductibility by businesses on restaurants and entertainment. Th…

13 hours ago .Donald J. Trump @realDonaldTrumpCongress must pass the old, and very strongly proven, deductibility by businesses on restaurants and entertainment.… https://t.co/RVWQTHfWOa

You have steadfastly made your ethics  and qualifications  the central theme of your campaign,   and while I remember  a  recent advertising of yours  alleging   “ and that’s all you need to know about Sonya ”  there are a couple of more answers I believe voters need to know to more properly assess your candidacy.

On repeated  occasions you have listed  the university degrees you have obtained,   the courses you have taught,  and of course the CPA designation you hold.   What I have never heard you mention is the experience you have obtained working for national, regional or even local public accounting firms,   AND  often times when you speak it sounds to me  like you are reciting passages from various text books.

1)  What public accounting firms beyond your own have you worked for,  in what capacity,  and for how long.

2)  What work experience do you have beyond working for your yourself and your Father.

The ABAB met monthly on  14  occasions  from   June 2013   prior to your resignation on August 7th 2014  Of those 14 meetings you missed 4 outright, and left early  on 2 others. (  The 1st  meeting when your Skype connection ended, and the 11th  meeting when you announced you were leaving early )   That is an attendance record of only  71%   AND if  we convert those 2 early outs into one other absence  you only attended 9 full meetings out of   14  for a dismal  attendance record of 64% on a board dealing with material at which you purport to excel.

2)  What assurance can you give  Port Orange residents regarding your likely attendance at Council if elected.

Your letter of resignation on  August 7th 2014  by contrast  was self-accolading, and totally disparaging of the Board’s leadership, focus and decorum.   You further disparaged members for questioning representatives of the City’s Audit firm and for their visceral attacks on the Kisela administration,  AND THAT board members actions were not in line with the original concept of the ordinance.

1)   Were you aware that the ABAB ordinance  mandated the ABAB  to advise Council on the  appointment, compensation, and retention of the Auditor, and to evaluate the Auditors qualifications, performance and independence, and to review the Auditor’s annual management letter, AND IF SO why were you so un-prepared such that you did  not ask any questions of the Auditor during his appearance before the ABAB

2)   Notwithstanding that you felt other board members were to visceral in their attacks on the Kisela administration, did you pose any questions of a critical nature regarding the financial mismanagement of the City, as best typified by the revelation that City bank accounts were not even being reconciled,  AND  if so what were those questions, and what answers were you given.

3)   You were critical of the ABAB not following its original concept YET I do not remember you ever putting your understanding of the intent and purpose of the ABAB in writing as I did on several occasions.  IF YOU did so would you please send me a copy of those thoughts.

While you continually reference your ethical behavior;  your acceptance of campaign contributions from Buddy Lacour, your protest that you were not conflicted because you had not acted improperly, your quiet  return of those  contributions, and your subsequent acceptance of even greater campaign contributions from a major insurance contractor with the City causes me to wonder if you understand that that  – the presence of a COI  is independent of an impropriety,  AND that a COI occurs when an individual is involved in multiple interests that create a risk or perception that one’s judgment or action regarding a primary interest  will be unduly influenced by a secondary interest  ( such as approving a contract for an entity from which one has received a campaign contribution ) irrespective of whether that individual is actually influenced by the secondary interest.

1)   Why did you return the Lacour campaign contribution if not because of a conflict of interest.

2)   On what basis do the Brown & Brown campaign contributions not create a similar conflict of interest.

3)   Since you are not employing the ‘potential appearance of a COI’  as your standard for accepting campaign contributions would you advise as to what standard you are employing as a candidate, and if that will be the standard you will employ if you are elected to Council.

Your prompt and candid  answers to these questions will go a long way in satisfying voter concerns regarding your fitness to serve as an elected representative of the people.